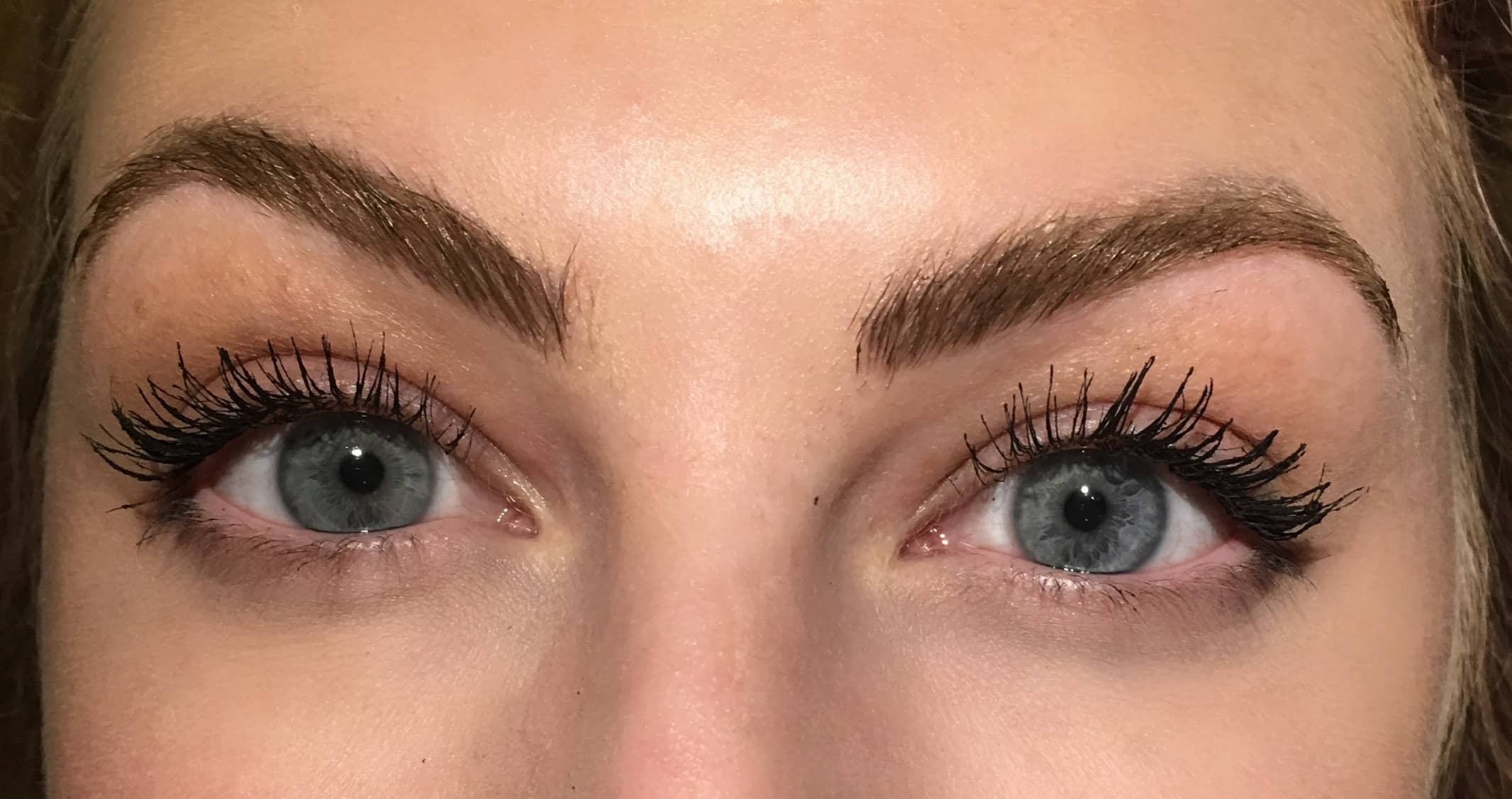 Disclaimer - this is just my experience with microblading. I can't vouch for any other microblader/microbladee.

Use the slider below to see the comparison:

I went to Brows By Lucy in Berwyn, IL and visited the salon for 3 sessions during the entire process, for a total of $450. The first session was spent talking about what shape I wanted, the color, and where my eyebrows needed more attention, followed by what kind of technique I needed. We agreed that the technique I needed was the hair strokes. The other techniques she offered were called "Hybrid Eyebrows" which are for people who have sparse eyebrows and it's a mix between the hair stroke + and filling techniques for a more natural look.

The second visit was the actual microblading procedure. She shaped my eyebrows with a pencil to make sure I liked them. I noticed the corners of my eyebrows were a little off and I asked her if she thought so too, and she said "Oh no, I think that's just a hair out of place" So I just went along with it because she's the professional. At this point, I wish I would have spoke up, but it is what it is. She then had to open up my skin with a tool to let the numbing cream work, that was the only part of the procedure that hurt. She left the numbing cream on for about 10 minutes, then she got to work and did the individual strokes, and in between, she would let the ink sit on my eyebrows for another 10 minutes.

The whole session was about 2 hours long. She showed me my eyebrows and I was pleased, paid, and left. It wasn't until I got in the car and in different lightening that I looked in the mirror and kind of freaked out because they were two different shapes. But I wasn't all that upset because I knew it was fixable when I go back for my second session... 6-8 weeks later, though.

The aftercare process was pretty intense I must admit. You can't get your eyebrows wet for 10 DAYS! That means no sweating either! You have to put a big glob of vaseline on your eyebrows before you wash your face or get in the shower. This was also the "molting" process, it scabs just like a regular tattoo. During this process I was kind of scared because you couldn't see the individual strokes anymore and I thought it was going to stay like that which it didn't, thank god! But during this time the color lightens up so much, and I normally like my eyebrows much darker so I had to end up filling them in anyway. I didn't have to spend nearly as much time, but I was still a little disappointed after spending all that money and I still had to fill them in.

Fast-forward 6 weeks and I went in for my second session. After she inspected them I didn't have to say anything, as she knew exactly what she had to do to fix the shape. I also asked for them to be darker. I was 100% happier with my eyebrows this time!

She recommended me to come on once a year for upkeep and to protect them from the soon as much as I can. All in all, I'm super happy I got them done, and I would recommend it! Please do your research, and have the patience to keep up with them.